A superb new picture of XH558 during a display on the south coast:- 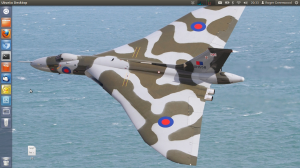 Couldn’t resist this one:- 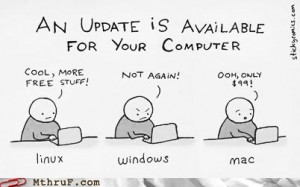 This is what it looks like on my desktop:- 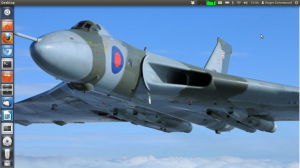 Would look (and sound) better in the air.

Designed (initially) by Roy Chadwick (of Avro Lancaster fame) and yet took to the air only 12 years after the Lancaster. An amazing bit of British engineering, which gladly never had to carry out it’s grim primary mission. Stretch the profile along the length and see the Concorde (really – it is uncanny).

I updated my laptop to unity (ubuntu 11.10), still with Lightnings though:- 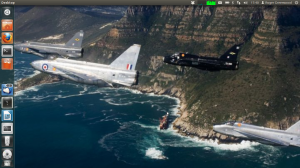 After updating to proprietary drivers (big mistake) it took 2 days to figure out how to get back any graphics at all. Text login was not fun for the first  1 1/2 days, then sadly I started to like it.

So if anyone else has a Lenovo Z570 with Nvidia Cuda Geforce GT520M – leave it alone for the moment.

Here is the code I used to restore:-

This is mainly for me in case I try it again, but maybe will help someone else.

My favourite plane still remains the Lightning. So much so that I have one on my desktop. 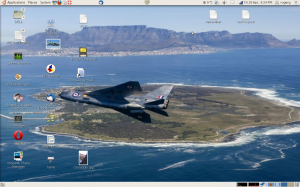 This one with the superb background of Table Mountain (Capetown, S.A.)

And here is a picture :- 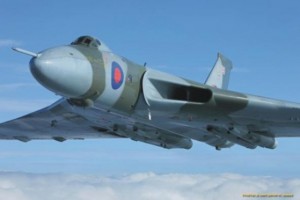 This arrived in my inbox this week, and I couldn’t resist:-

Gain momentum with a 2011 software upgrade before 15th March

It’s important to keep your software up-to-date so that you can compete effectively and successfully. Autodesk is retiring all 2008 releases on 15th March. If you upgrade before, then you can get your 2011 release at the upgrade price and benefit from the many enhanced features and functions that will greatly improve the way you work.

After 15th March, a 2011 release will only be available at the full licence price!”

So if the software you use every day is approaching 3 years old, you can no longer get updates as it no good any more. This is ridiculous of course.

It can be argued that the speed of development in software forces frequent upgrades (mainly due to bad coding rather than “new” features which will help the user, in my opinion). There is nothing more disruptive to work than a major upgrade to some piece of software that was working perfectly yesterday. You then have to change all the settings back to where you had them, reset the links on the server, put the kludge back in that gets the printer to work etc. etc. Not to be done lightly. But my real objection is the big threat attached, and the urgency required. Many businesses and individuals cannot just shell out hundreds at the whim of a software company – they want to do it when the time is right for them.

Also, what if we imagine this policy attached to other aspects of life:-

Gain momentum with a 2011 vehicle upgrade before 15th March

It’s important to keep your vehicle up-to-date so that you can compete effectively and successfully. General Vehicle Motors is retiring all 2008 vehicles on 15th March. If you upgrade before, then you can get your 2011 vehicle at the upgrade price and benefit from the many enhanced features and functions that will greatly improve the way you drive.

After 15th March, a 2011 vehicle will only be available at the full retail price, no trade-ins!”

This would apply to my car, which is perfectly servicable, and will probably remain so for many years to come. There may be some benefits to an upgrade now, but the savings willl never cover the costs.

With regards to CAD software, jump ship to bricscad (www.bricsys.com) and get a more sensible and less arrogant approach.

In case you haven’t already seen it, the Panama canal has some superb webcams where you can watch ships traverse the locks 24/7 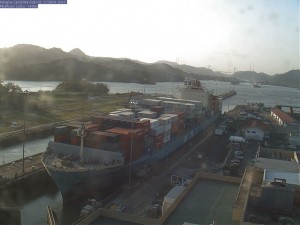 This is miraflores locks.

Two football teams are gearing up for a match. The home team manager talks a good game – aggressive, loud, abusive to all other teams, particularly the away team. He runs his own team with a rod of iron – more stick than carrot. He is hated as much by his own side as by the opposition.

The away team didn’t really want to come – it’s a long journey, but their manager has been goaded and pushed too far – the match will go on.

The away team has many supporters, one in particular who even acts as a substitute player when required. He used to be a main team player but these days is mostly just a supporter from the sidelines.

As the teams gather on the pitch, it becomes clear to the spectators that this game is not very even – the home team only seems to have a couple of defenders, a blind goalie and no strikers. Their kit looks a bit pathetic, mismatched boots, holes in shirts. Yet the home manager keeps shouting that “we will win”, “we will fight to the end”, “the away team are cowards and useless” etc. etc.

The away team, on the other hand, has brought about 50 players, all in the latest sports kit, matching bags and water bottles. Surely they can’t have that many on the pitch at the same time!

The excitement mounts, but the referees are not yet on the pitch – they are still at the side arguing with each other, and with one or two of the spectators!

The away team starts to move onto the pitch, more and more players drifting towards the half way line, looking very aggressive, with the away manager swapping abuse with the home manager all the time. Then the away manager turns to his friend and says “ok buddy, get your tracksuit off, you’re playing”. The little friend looks scared, “but the referee isn’t ready yet” he says, “we need to wait for him to blow his whistle”. The away manager turns really angry “listen pal, we’ve come a long way and this match is going ahead. If you don’t want to play that’s fine, but don’t expect me to be your friend any more. Now get your kit off, get on that pitch and kick the ball.”

Slowly the little friend removes his tracksuit, and walks onto the pitch, hoping that the referees will stop the madness. By this time the away team has put all it’s players on now, ready for the kickoff – the spectators and referees seem paralysed, not really believing what they are seeing. The squabble on the sidelines gets louder with everyone oblivious to the impending carnage on the pitch.

The away manager blows his own whistle, his team surge forward and annihilate the home team, with the spectators watching with shock and awe. Even at the very end, as the goalie is fouled, the home team publicity officer is still shouting “The situation is excellent” and “We are winning!” It’s the one funny part of the whole sorry episode.

The rest is history, leaving the spectators to argue about what happened for years to come.

For the film version, here is a suggested cast of characters:-