I’ve been avoiding anything ipod related for a long time – especially since I read Cory Doctorow’s excellent speech some years ago.

Today I heard another story where someone wanted, quite reasonably, to put music onto a different player to their normal ipod for a while. And couldn’t. Yes there are ways round it, but making people jump through hoops to play their own music is not good for business, or as was said to me “If I had known about this I would never have had an ipod. I will never buy another”. Nuff said. Your music should be your music.

Googling for Cory + DRM finds a lot of similar comments.

Another funny explanation of drm is here. 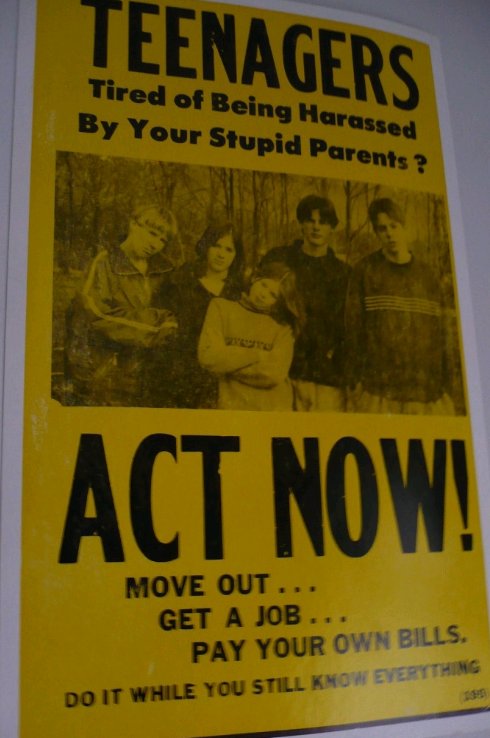 BECTA has reported more fully on Microsoft and their office products. They don’t like it – a lot of money for little gain for most people. Having just ordered 2 new computers for work (with XP and Office 2007) I will get to see what all the fuss is about at last. Giving Vista a wide berth of course.

These are my favourite bits of utter madness regarding school licensing :-

We can’t switch yet to openoffice for everyone at work because MS XL still has a killer feature (shared workbooks) which we use all the time. Google docs is not an option for us in a small office but does work well between individuals. It is being worked on at OOo, though.

Also this week the French Police are switching to Ubuntu according to The Register. Glad I’m not the sales rep. for Microsoft in Paris right now. Big headache.

We (kids) use Ubuntu at home (currently 7.04) and it “just works” – apart from when they try and run an EXE file from school. No loss there then.

BECTA just published an interim report for schools to consider before “upgrading” to MS Vista and Office 2007. Full report is not out until 2008.

One or two choice comments :-

“The new features of Vista add value but do not justify early deployment in the educational ICT estate. Educational institutions are strongly advised to consider the findings of Bectaâ€™s final report on Vista before considering any wide-scale deployment.”

“Of the 176 new features of Office 2007 identified, many are considered to be of more use to a business than to an educational institution. Following their analysis, Oakleigh concluded that none of these new features were â€˜must haveâ€™.”

“With Office 2007, Microsoft introduces a new UI for Word, Excel, PowerPoint and Outlook, but there is no â€˜classicâ€™ mode â€“ that is to say, it is not possible to revert to the earlier UI. Should mixtures of Office versions be deployed (which could occur, for example, when educational institutions purchase new equipment with Office 2007 pre-installed), this will cause usability issues as users will be faced with different UIs depending on which machine they are using at any given time.”

“It should be noted that, in reality, the major obstacle to the deployment of Office 2007 may well be that many users are satisfied with the functionality of their existing versions of Office, and therefore do not see the need to upgrade.”

“Using the default file format of Microsoft Office 2007 therefore has the potential to exacerbate â€˜digital divideâ€™ issues as a result of the loss of interoperability with free-to-use products. Becta considers that educational institutions should only consider deploying Office 2007 when they are assured of its interoperability with alternative products including free-to-use products such as OpenOffice.org.”

“Recommendation
Microsoft should seek to improve the compatibility of Office 2007 with earlier versions of MS Word, and should also consider how the interoperability with MS Works could be further improved.
Recommendation
Microsoft should move to provide native support for the ODF file format as soon as is practical and at the latest by mid 2007.
Recommendation
Schools and colleges should only deploy Office 2007 when its interoperability with alternative products is satisfactory.”

All of the above is of particular interests to individualsÂ (me) and companies, who do not have the benefit of a massive subsidy when buying computer kit.

In 2004 the school wrote to parents. My reply is attached. Bearing in mind this was before Jamie Oliver mania kicked off, an extract from my reply is as follows :-

Healthy Eating
I have seen the new dining room and suggest that the biggest improvement is to the catering staff. Giving kids a choice is one thing, allowing them to buy sweets, crisps, burgers and fizzy drinks instead of proper food is not a good move. Some kids will always choose a healthy balance, some will stray occasionally, and some will abuse the freedom every chance they get. This gives parents and teachers no control, other than to take them off school meals altogether. The system of a â€œprintoutâ€ to indicate what your child has been eating has proved to be very inaccurate and is easily bypassed by any child due to them using each others cards.
I do not believe that all children are ready for a move from total control at junior school to complete freedom at the same age. Flexibility is something that can be introduced gradually at the same time as they are receiving information in classes.
My suggestion is to only allow the dinner cards to buy a school meal and other healthy choices (fruit etc). If parents allow their children to have extras like sweets then they can give them cash and the children can choose where and when to get it from (to/from school included of course). This will help to reduce the substitution of junk for food.
I have recently spoken to many other people who share this view, some of the â€œold waysâ€ still have some value. We will see how far Mr Jon Owen Jones MP manages to push his bill to ban junk food from vending machines. I realise that HHS does not have vending machines, you don’t need them as you sell it all over the counter!
I also realise that the catering has been outsourced â€“ time for a re-think there and an amended contract. I know of one school where a teacher took direct action to remove all the junk food from the (outsourced) catering staff, if they haven’t got it on the counter they can’t sell it. You may be surprised at the result. Kids will still buy things to eat and will still spend all the money on their card each week, thus not impacting on the catering service requirement to recover costs in a commercial way.

It seems all schools in Kirklees have been forced to use this shower. I have mailed them regarding their web sites and lack of accessible features. No reply after 3 weeks which says it all. Give them a wide berth I say as they clearly are focussed on money and not service to users.

My mistake – it is not available yet. I guess Zen have a policy of automatically re-registering all domain names to protect their customers, but the school probably didn’t pay the bill as the site is down. I still have ftp access though, so it still exists. Write to zen if you want it.

Anyone wanting the domain holmfirthhigh.com can apply from 13th October onwards – it lapses then. The school were handed it on a plate – I paid for the first couple of years myself, but it seems they are too disinterested to keep it up. So be it – after all they are a maths and computing specialist so don’t need yet another website to maintain.

I thought this would be an opportunity to let the kids do some real web development.

The site was hosted by zen internet, who I can highly recommend, and who remain the domain registrar for the next few weeks. After that, who knows?

Our local school (Holmfirth High) (check it out – it really is a CRAP website) recently sent one of our kids home with a CD to use at home. When I checked, the disk contained a licensed copy of a microsoft only executable (exe) to help with her maths. This school is a maths and computing specialist (which it gets extra money for) so you would expect it to know a bit about computers.
As I only run linux at home (and have done since about 1998), this was not a lot of good to us. I simply couldn’t be bothered with wine etc.
Instead I wrote a polite letter asking the teacher for a more accessible version e.g. pdf, html, flash, even word doc. I’m not holding my breath for a reply.
Again and again I see this microsoft only attitude – what about all those with macs etc?

As an example of their incompetence, this is what happened a couple of years ago :-
The school published, via their letterhead, the school’s website as www.holmfirthhigh.com, which is not quite the same as above (they missed the “school” bit. I tried to find this website and failed of course. Then I checked further and found that it wasn’t even registered. This screamed potential abuse – as soon as the kids found out how much fun could they have???
So I registered the domain myself, put up a holding page pointing to the correct site and contacted the school. Eventually some overworked teacher who did a bit of web development in his spare time got back to me, and I eventually handed the site over to them.

Since then the school has allowed the site to lapse (despite some records on the internet which still show me as the registered owner). Any enterprising kids on the ball, go for it I say. They deserve all they get.

The school obviously has a lot to learn.